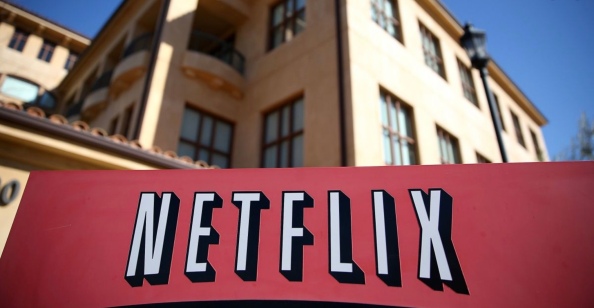 Back when motion pictures made the leap from silent films to “talkies,” we were presented with an entirely new medium of entertainment. Audiences were just delighted to be watching something – anything. That appetite spurred the development of an entire industry made up of different movie-making factories in the California desert. These days, people just want content, anytime, anywhere and on any device. Streaming services today are at the behest of customers with an insatiable appetite for digestible content. But as the streaming wars have escalated, the scales have tipped to add more uncertainty to the industry, with content creators taking their rights back and removing their content from competing platforms and using this to create their own streaming service, essentially multiplying the number of players in this 21st century studio ecosystem.

As streaming services like Netflix make efforts to dispel any competition with their aggressive original content roadmap, they would do well to look at their predecessors, the original Hollywood studio moguls of the 1920’s and 30’s, when the landscape was wide open. Movies were in demand and a number of studios satisfied this by creating a brand new method of entertainment production. Hollywood and all its glitz was borne out of the need to satisfy the public’s entertainment appetite and this cut throat system was going to make money out of it, at any cost. But that studio system crumbled because of an archaic way of working and an inability to capture the public consciousness. With the proliferation of streaming platforms and the emerging content war, I examine the differences and similarities that streamers have with their studio predecessors. Most pressing of all is taking heed of how the studios got swept up in the very system it had created.

The streaming phenomenon all started out with Netflix, the agile and nimble mail-order videotape business who quickly saw an opportunity in streaming and from there began to engage in backward supply chain integration by taking control of the content they hosted on their site. Their star rose and shone brightly after initial successes of House of Cards and Orange is the New Black, the first Netflix originals. These original series were rare in the beginning and subscribers flocked to get exclusive access to these shows, in addition to an extensive licensed content library.

Flash forward to today and Netflix’s aggressive $13 billion annual investment in content is blatantly obvious, with 85% of that pool earmarked for original content. In the last number of years, it has become clear that streaming expertise does not necessarily equate to decent content, particularly when you have a habit of throwing money at the problem. That “Netflix Original” banner is now an obnoxious presence, indicating average content rather than a legitimate quality certification. And that isn’t a personal feeling, last year licensed content accounted for 63% of viewership hours, a disproportionate result when compared with annual investment. On that basis, $11.5 billion of Netflix’s cautious shareholder money is being funneled into a system that only entertains 37% of the time.

Netflix got a name for itself when it started to reinvigorate and promote licensed content in a way that previous distributors never could. They’ve had huge success from Friends, capitalizing on the desperate nostalgia of the millennial generation through high impact social media marketing. They completely upended the traditional way in which reruns were shown, by hosting the entire show catalogue on their site and promoting it to a new generation.

When it was announced that Warner Media was pulling the sitcom to lead its own streaming service HBO Max, Netflix had to look elsewhere. Unfortunately they didn’t look far, acquiring another 1990’s staple hit, the less iconic Seinfeld. They must have been in a panic, because Netflix paid $500 million for the rights, in contrast to Hulu who paid $130 million in a six year deal that ends next year. Netflix seems to be scrambling to acquire as much as possible, and worrying about returns later. They may think it’s another surefire bet, but it’s all a gamble, this industry always has been. In many ways, this chaotic gamble may be because Netflix isn’t entirely sure what it stands for just yet.

Studios and their nuances

In the early days of the studio system, each studio carved out a niche in the market, their preferences and expertise primarily driven by the personal preferences of studio executives. MGM was like the moral compass for American society, spearheaded by the straight-laced Louis B Mayer, relying on peppy stars like Gene Kelly, Debbie Reynolds and Judy Garland to act as model citizens. Warner Brothers made grittier films, the brothers specialised in entertaining the working class with mob and gangster films, brought to life with the likes of Bogart and Cagney. Ultimately, each studio knew their audience and what they stood for and their content reflected that. Occasionally scripts changed hands into a different studio, but broadly speaking they were experts at entertaining their specific audience.

Modern streaming isn’t at this stage yet and maybe it’ll never reach it, but I’d question the viability of a random collection of Seinfield episodes and mind-numbing, substandard content. Is that really a future-proofed business model? At the moment, everyone is subscribed to Netflix because for a time it was the done thing, but now people are questioning if their money is better spent in the content creation budget of another streaming service. 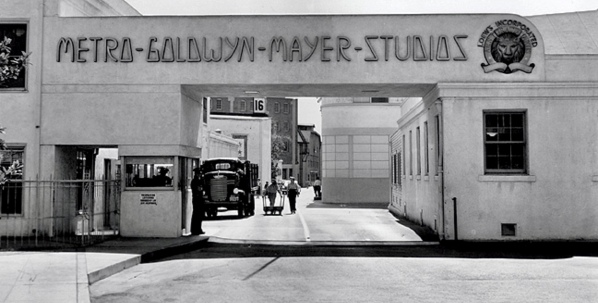 The Netflix phenomenon has created a new kind of child and teen star with the likes of KJ Apa, Millie Bobby Brown, Lili Reinhert, Noah Centineo and Lana Condor. Deep inside the mystical data vaults of the Netflix platform are reams of data points on these kids that capture their star quality, a measurement MGM would have killed for in the 50’s. Instagram is another essential metric, with Netflix measuring the actors’ instagram followers before and after their respective shows’ launch. Although there’s no MGM schoolhouse, or arranged marriages, or questionable dieting pills being subscribed to these 21st century stars, they are immediately thrust into the limelight on a world stage. Paying subscribers are supporting the growing fame of these stars and Netflix are taking heed of this, using these indications to plan for sequels and additional promotional stints. The data at Netflix speaks for itself and these modern child stars are used by these streaming platforms to identify public interest and maximize exposure.

The System Breaks Down

Back in the Golden age, there were four or five key studios making content for the entire world and they were well adept at churning out a production line that made as much classics as B-movie flops. There came a cultural turning point in the 1960s when the public started to rebel against conventional norms and that transition shook everything in the studio system, particularly MGM who had been making movies for decades with the explicit intention of promoting American family values.

At the preview screening of Sunset Boulevard, Billy Wilder’s satirical masterpiece on the Hollywood system, Louis B. Mayer is said to have shouted: “You have disgraced the industry that made and fed you.” In the end, the studios became a victim of the system they operated in and of which they had created. You can see how movies made in the 1960’s and 70’s are cut from a different cloth altogether as they reflected that migration in society towards different attitudes, conflated with the Vietnam war and the flower power movement, as is evidenced with far darker material.

Amazon Prime, Apple TV, Hulu, HBO Max, MUBI and NowTV have all sprung up to meet a growing need for compelling content. In the wake of this, Netflix has to be surer of its movements, rather than throwing content at the virtual wall and seeing what sticks. It would do well to try to avoid similar mistakes of the past, most notably getting caught up in a swell of acquisitions and aggressive content roadmaps with little direction. The ecosystem that Netflix finds itself in is a product of what itself has created and they’ll have to be careful that someone doesn’t rewrite their own ending.