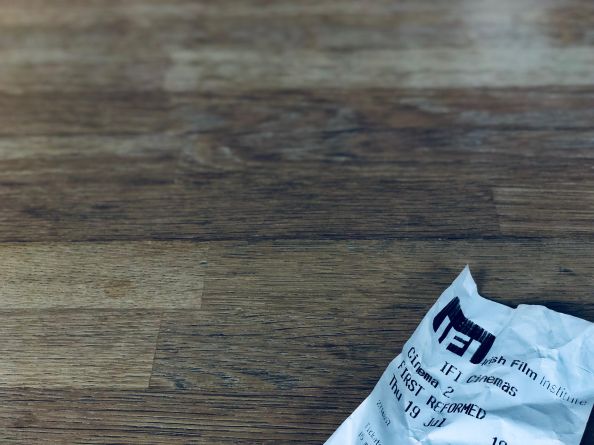 Paul Schrader isn’t necessarily a name that rolls off the tongue. Neither does it act as a reference point cornerstone, which commands a degree of cultural heftiness in the way that a name like Tarantino or Scorsese does. Even the most informed and knowledgeable of film buffs may not recognise his screenwriting work, and fewer still are aware of his personal story. But for those who haphazardly stumble across the genius of Schrader, they’re in for a glorious treat.

Schrader never sits completely still on stage in Belvedere College on a bitter, wintry night in February of this year, having been drafted in for the annual Audi Dublin International Film Festival. He develops a habit of tossing and turning in the chair and one wonders if, even in his seventh decade, he still hasn’t grown accustomed to pontificating about a craft that he has supremely mastered. He’s there to promote his most recent film which he wrote and directed, First Reformed, a cryptically dark foray into the religious realm, a world which he has always been intimately acquainted with. It’d be ill-advised to view this film without having understood the genesis of Schrader’s personal story. His strict Calvinist upbringing in Grand Rapids, Michigan indirectly molded a distinctly unique worldview. The sheer incredulity begins with his admission that he didn’t see his first film until he was seventeen years old. It’s with conviction that Schrader explains the way in which this ultimately worked to his advantage, maintaining that his subconscious was prevented from being polluted by the conventional entertainment culture that was emerging. Schrader argues that his skillful incisiveness is due in part to this isolation, having been forced instead to listen intently to interactions in front of him, within his family and church. 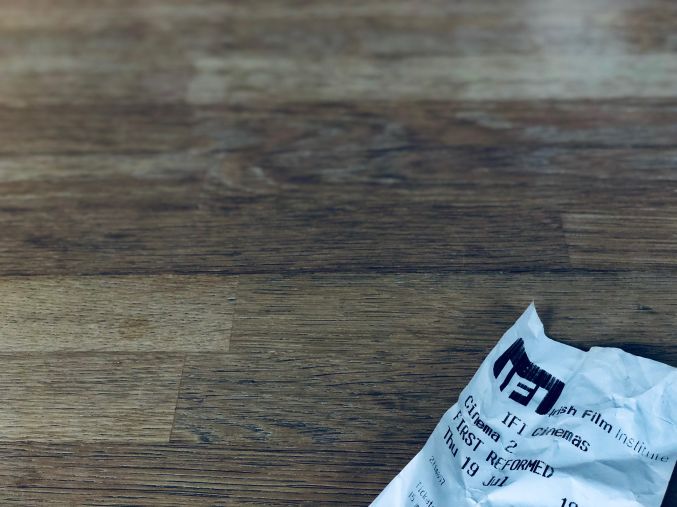 The name of First Reformed is derived from the tourist church in an undisclosed New England town, over which Schrader’s protagonist, Reverend Toller presides. Toller, played superbly by Ethan Hawke, becomes embroiled in a situation with a young couple. Michael is a radical environmentalist on the brink of severe depression and his pregnant wife, Mary is running out of time to cater to her husbands’ concerns. Michael is chronically depressed with the state of the world and believes that bringing a child into a world full of despair is sin in itself. Clutching her burgeoning stomach, she pleads with the pastor to speak with her husband about the gripe he holds with his faith. As a diligent community man and servant of God, Hawke’s character enters their home and it is this divergence down the road less travelled which will instigate the crucial unravelling of the Reverend’s own doubts.

Michael explains to the Reverend that his greatest fear is bringing a child into a world irrevocably doomed and caused by the vices of our own making. The case he makes revolves around environmentalism, quickly accosting the Reverend with scientific facts which supports his despondent stance. Repeatedly Michael asks the Reverend, ‘Will God forgive us?’ Toller responds with an ambiguous, ‘who can know the mind of God?’ Despite Toller’s passionate comfortings to ease Michael’s despair at the gradual destruction of the natural world, Toller is confronted by an element of truth. Michael’s environmental protestations echo in Toller’s head, and in his fragile state he latches on to these powerful sentiments. Reverend Toller vacillates uncomfortably between his blind faith and the blindingly evident environmental facts which Michael presents, recounting his doubts in his journal and so the magic begins; Schrader’s character archetype of a man in his room with his journal. If Schrader has mastered any character paradigm, it’s that of the gradual, mental disintegration of the mind. He illustrates through the heightened intensity of his diary entries, how Toller quickly internalises Michael’s concerns about our decaying world and we witness his moral gumption which rises from within him, preying on him mind. Schrader articulates the complex, contradictory feelings of being a human in a decaying world. Even a subject matter as ingrained and complicated as pride is succinctly captured in one captivating line: ‘I wish I hadn’t wrote pride…But I can’t cross it out.’

Through Toller’s despairing disposition, Schrader paints a portrait of one man in his solitary quest against the world, determined to make an incision into the fabric of humanity – a tale we’ve seen before. First Reformed is a magical reincarnation of Taxi Driver, in the right way. Schrader’s characters have matured appropriately: far from Travis Bickle’s young and restless, self-imposed exile in his Manhattan cab, ‘God’s Lonely Man’ now has a more tenured face with Hawke. Hawke’s anger isn’t necessarily more mature however, he’s simply reacting to a more painful part of his existence. Schrader has taken a new life phase and coupled it with the existential anxieties of the modern world. The gravity of Toller’s concerns are now on a macro level and it begs the question whether Travis Bickle’s rage, in his own microcosm in comparison, would have survived unscathed in this modern world.

Schrader’s foray into the religious realm is captivating and his thematic obsession strikes a poignant chord throughout. It’s haunting to see a Reverend essentially admit that he, of all people, is God’s Lonely Man. Schrader’s self-proclaimed saviour, the withholding technique also bears fruit here. You won’t catch Schrader emulating that fast-paced, shaking style that is synonymous with the likes of Greengrass. Withholding in pace and in visuals, he lends discretion to the viewer, a tool which is deployed less often than warranted. There’s a particular surrealist sequence in the third act which I interpreted as naff and baffling initially. It quickly descended into an eerie end, punctuated by a hollow, haunting score which breeds sentiments of War of the Worlds with its industrious thud, reminiscent of a mechanical, beating heart.

Hawke’s character presides over the First Reformed Church, a tourist attraction which boasts more gimmicks than spirituality. No one comes there to pray, they arrive in their small tourist groups to survey the church’s historical significance in the civil war and to spend money in the gift shop. In comparison to the monstrous corporations, Toller’s environmental footprint is minimal, but his overseeing of the merchandising is still a connection, no matter how minor, to his perpetuating of the new world order. It’s that despondent  sentiment of being irrevocably connected to the destruction of the earth that he cryptically dangles in front of Toller’s eyes. When Schrader eliminates hope from a character’s worldview, the results are astonishing.

First Reformed is a study on modern faith as much as it is another function of Schrader’s world renowned character archetype. Schrader spoke candidly that night of his religious upbringing and how entertainment in any form was seen as an unholy, moral sin. In First Reformed, he’s actively unearthing that embedded, spiritual closet that characterised his childhood. As a vehement crusader of the environmentalist cause, we see how Michael challenges Reverend Toller, who by default, defends and preaches the teachings of the Church with the intention of overriding his anxieties. In a nod to another Schrader masterpiece, the extremities of the natural world in Michael collide with the heightened reliance of blind faith in the Reverend; like bulls raging in their opposing corners. Schrader eloquently pays lip service and due diligence to both extremes, which is an admirable feat in itself. Equally however, it is through these extremes that he lends discretion back to the viewer, people like me and you, who sit wrestling with their own position on the spectrum.