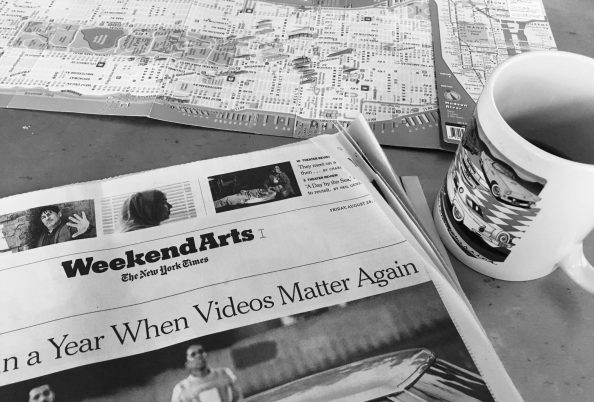 Picture this. Matt Damon sits uncomfortably in Robin Williams office, while the latter tears him to smithereens. He proceeds to tell Will Hunting that despite his incredible mathematical ability, he remains a hopeless delinquent, a waste of time, a drain on the child services system and shouldn’t bother coming to therapy again.

Except, that’s not what happens in Good Will Hunting is it? Robin Williams perseveres and nurtures the boy in spite of all his flaws, he knows that he has potential not just mathematically but emotionally. Battling furiously against the brash exterior he puts up, his therapist manages to open him up, and talk to him. Even when the boy becomes particularly vengeful, Williams hides his disdain and pursues because he knows that there is a flicker of light in him. There is no scenario where if Williams were to give up on him, to effectively “cancel” him based on his opposing views, that this would turn out well and we, as the viewer wouldn’t have the pleasure of such a great story. We wouldn’t have that euphoric feeling at the end of a movie where you say to yourself, “anything is possible” because in today’s culture, it’s not. A second chance, or even the opportunity to debate simply isn’t on everyone’s list and that’s damaging to society and the arts that spring from that.

Screenwriting and the Hero’s Journey

Art is one of the first things in society that indicates when something is amiss, when something is brimming under the surface. Passions and frustrations and the art that emerges from that act as a personal salve that fundamentally reflects the sense of self, which in turn manifests on the page, the screen or the canvas. If an ideal, or way of thinking is suppressed, that will initially be submerged beneath those with the loudest voice, but eventually elements of that will rupture and bubble to the surface.

Redemption and that journey of change is synonymous with character development in literature and motion pictures, and actually constitutes the very foundations of modern screenwriting. Screenwriters and script doctors are well versed in the typical character arc known as the hero’s journey which generally involves a protagonist that takes the audience on a journey as they grow and develop. Even the very art of crafting a script is based on creating dialogue between characters that simultaneously reveal character and accelerate the plot, two parts moving in tandem which help a character transform. Movies would be terribly boring if they took a leaf out of extreme cancel culture today and had a character that didn’t change, didn’t allow other characters to speak and shouted all their own opinions and worldview at the audience without consequence. Many movies hinge on this character development, including Good Will Hunting, and the clue is in the title; Will Hunting is searching (hunting) for that good will in himself and others to realise his true potential. Redemption is inherently part of a journey, and inevitably involves a character emerging in a better place with a better sense of self, something that cancel culture and purveyors of truth only claim to follow but fail to engage with in practice.

From a hypothetical perspective, cancel culture is at odds with the most basic elements of the craft of storytelling, but now we’re beginning to see this manifest in the retrospective judgement of cinematic history. Earlier this year, Gone With The Wind was unceremoniously plucked from various streaming services that housed the civil war classic, which for years has been a contentious film for the black community due to its romantic depiction of slavery. After rejoice and uproar on both sides of the debate, many services reinstated the film with a petty disclaimer at the beginning, alerting the viewer to the controversial content. In my opinion, it was a pointless, band-aid response to a dripping wound that hasn’t been addressed and needs a lot more than a disclaimer to heal. These grievances go beyond the realm of this film, and a petty disclaimer is a poor attempt at implementing a didactic corrective for a wider cultural problem.

What is most baffling is the hypocrisy of the cancel culture principles: why is 12 Years a Slave or Green Book considered ‘safe’ but Gone With the Wind is not? Is it because films like Green Book offer up a more wholesome narrative? Is this approach not a form of naively sanitising the troubled history of race, and if so why is that commended? Little Britain was another casualty of the war, but what the show touched on however was white British people reckoning with a diverse and multicultural 21st century Britain in the early 2000’s. Cancellers seem to miss the point where the comedy is actually being used to turn ignorance on its head. The show if you look at it closely is actually a parody on ignorant Brits, not the ethnicities they speak about.

A new era of censorship

Does this shift in public opinion mean that we are entering into a new period of insidious censorship? A world in which the loudest, and the most powerful to silence individuals dictate what should be allowed into society, and in turn, on screen? Hollywood has had its own troubled history with censorship, ever since the Hays Code was adopted in the 1930s as a way of putting manners on society. Hays dictated that nudity, ‘superfluous use’ of liquor and whatever constituted ‘scenes of passion,’ were left on the cutting room floor. It was a futile attempt to ensure that entertainment aligned with the high standards set by the powers that be, but like anything creatives find their way around it. Famously the Marx Brothers comedy was crammed with innuendoes that technically complied with the code but in reality dodged the one dimensional rules in a clever way that went over the censors’ heads. Towards the end of the reign of the code, Otto Preminger took Frank Sinatra under his wings in The Man with the Golden Arm which saw ol’ blue eyes play a down-and-out drug addict. The film was one of the most successful of the year, and despite not getting the Hays seal of approval, ticket sales skyrocketed because the audience decided what reflected real life and what didn’t.

Censorship reared its divisive head again in the 1950s with the House Un-American Activities Committee which claimed to be waging a war on communism by asking Hollywood professionals to either rat on their peers or reveal their ties to the communist party. The espousal of wholesome American ideals, the idealistic ‘motherhood and apple pie’ belief was pursued in spite of the damage it did to creativity and how it drove talented people out of the industry. But some of the banished individuals continued to work in Hollywood under pseudonyms and even won Academy Awards under fake names through films that appealed to the actual public consciousness, not the wholesome, unattainable ideal that is so incongruent with complex human beings.

Cancelling those who are ‘tainted’

Cancelling shows or films due to content that is incongruent with values held by much of society is one thing, but cancelling real people is another more dangerous pastime that oftentimes involves trial by media or speculation. This has lead to the insincere trend of publicists releasing vacuous apology statements simply to ensure that a ‘tainted’ person’s alleged wrongdoing does not become a long-term PR issue; another band-aid approach. The pernicious nature of cancel culture’s principle of vetoing people before they’ve even opened their mouths is a lethal attack on a person’s right to free speech and the right to be heard. Encouraging blind dismissal means that the public and media are playing fast and loose with people’s lives, their reputations and their mental health by invalidating their voice from the outset.

Believing some wholeheartedly and dismissing others without fail is not a sustainable rubric of justice to revolve around. We must be more inquisitive and realise that not everything is binary or black and white. If we have pushed the boundary of a society to finally open up a dialogue for whistleblowers to be heard then it is nothing short of hypocritical and self-serving to dismiss or fail to even entertain when the other side defends their viewpoint – it is absolutely part of the territory. If you cancel them, then there’s no discussion and we are eliminating the opportunity to debate the complexities of a situation.

Censorship is to art, as lynching is to justice

We would do well to take note of the recent US election as an indication of the complexities emerging in our society. Throughout the year it became clear how both political sides mercilessly attacked the other without debate, and we saw how concrete, factual issues such as science were diluted and became a divisive, partisan issue. There is a growing disdain for those who claim to be in pursuit of an unattainable ideal, a world in which people are expected to be completely infallible. A band-aid approach, combined with a modern form of coerced reckoning in public is not the answer. And while cancellers claim to be whiter than white, as sure as night follows day, the world and its values will evolve and the principles that cancel culture claims to preserve today won’t weigh up years from now.

Society changes, values change, but most importantly individuals change and they must be allowed to go on that journey, despite opposing opinions. If both sides don’t come to a compromise, they are limiting themselves to the possibility of changing their standpoint or even seeing the potential in another’s point of view. Because if we don’t, we miss out on real chances to change: Galileo was given life imprisonment because he believed the earth and planets revolved around the Sun, while everyone else believed the earth was the centre of the universe. In their eyes, he had committed heresy by subscribing to another ideal and he was cancelled until the society eventually understood and saw for themselves. Society must become more open and inquisitive because an oppressive environment is hugely damaging to creativity – art and the people who create it need room to breathe. With art so intricately linked to the development of society, I can only hope that debate and redemption reenters the societal vocabulary. If it doesn’t, above all else remember that ‘censorship is to art as lynching is to justice.’