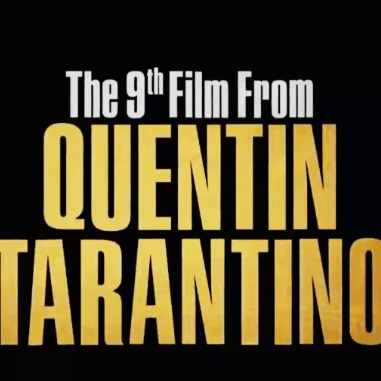 Quentin Tarantino isn’t one to discourage the hype which follows his career, in fact, he’s known to actively court it. His melodramatic disposition was shown most recently prior to the release of his previous film, The Hateful Eight, a disjointed and self indulgent attempt to recreate his most famous work from twenty years earlier. An early draft of the script was leaked to the press, months before it was due to be released and Tarantino threatened to pull the film from its release date entirely. It really has been his perfection-seeking personality and fiery ownership of his work that has propelled the reverence that surrounds him. In retrospect, with The Hateful Eight, he may have been making up for something that was severely lacking, but the clean-cut run-up to Once Upon a Time in Hollywood may signal a mellow turn for Tarantino.

The first stills for Once Upon a Time in Hollywood were released earlier this week to leverage the star quality that makes this film stand out from the rest. To name but a few, Leonardo DiCaprio, Brad Pitt, Margot Robbie, Al Pacino, Luke Perry, Dakota Fanning, Tim Roth, Kurt Russell, Michael Madsen and Bruce Dern are all name-checked. The stills of the top stars, DiCaprio, Pitt and Robbie, were quite forgettable, bar the graphics and design for the title logo.

It’s first teaser trailer was released today, with ‘teaser’ being the appropriate word to describe the restricted content that populated the clip. In short, DiCaprio and Pitt were briefly introduced as the main characters (a fading actor and his stunt double, respectively), fleeting shots of Sunset Boulevard during the ‘flower power’ era, a puzzling clip of a Bruce Lee impersonator and DiCaprio doing the white man’s overbite. There are minor shots of Margot Robbie as the ill-fated Sharon Tate and one solitary second of Damon Herriman as the young Charles Manson. Overall, it’s an understated, nicely paced clip that doesn’t reveal too much, but just enough to give us a flavour of the mellow, 1960’s that Tarantino is hoping to conquer.

The Verdict – Hope is a Good Thing

In truth, little more than his set pieces and cinematographic aesthetic can really be deciphered from this teaser trailer. All is yet to be revealed, most important of all for Tarantino is story structure and how he handles the Tate-Manson story, relative to previous attempts who have gotten it so drastically wrong.

No marketing materials can or indeed should indicate exactly how the film will play out. Despite a jarring first trailer it’s still early days, with the film’s tagline and subsequent teaser trailers yet to come in to play. Perhaps most importantly for distributor Sony, it’s certainly looking like a commercially viable proposition, having racked up 3.6 million views in less than 24 hours.

Like the parents of a delinquent child, we hold on tight to Tarantino, willing him not to repeat mistakes of the past. We can only hope that he learned something from the self-indulgence of The Hateful Eight, a mere recreation of Pulp Fiction. Here’s hoping, that the once-great anti-conformist that in the early nineties pushed the confines of cinema, doesn’t confine himself exclusively to the familiar with this project.