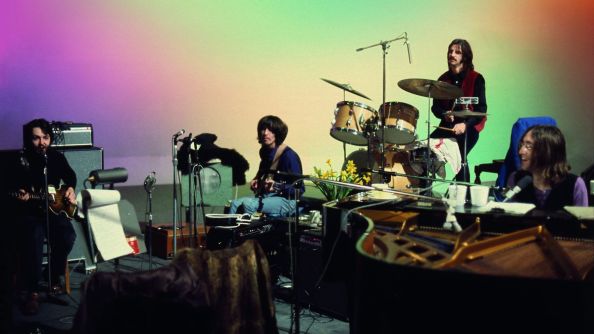 It’s like a giant hug. The Beatles: Get Back documentary truly is like a giant hug; if you’ve ever had an eight hour hug. I came into this a life-long Beatles fan, but that didn’t necessarily mean I had high hopes for Disney Plus and Peter Jackson’s reworking of 60+ hours of footage from the original, reviled Let it Be documentary. There’s only so much rehashing, exhuming and reframing of the Beatles that one can do, and a whole industry has sprung out of doing just that (I would know – I’ve funded Liverpool’s Magical Mystery Tour three times). But Peter Jackson has managed to cut it in such a way that it feels fresh, honest and raw, not to mention remastering the visuals and audio to make it feel like this could have been recorded yesterday. I’m glad he looked at the footage, and I’m glad he didn’t just let it be.

The band arrived looking worse for wear after the Christmas holidays on 2nd January 1969, plonking themselves down in Twickenham studios. Already there is confusion about what they’re meant to be doing – yes record an album – but how are they meant to do that in 28 days? There’s also an initial suggestion of a live concert at the very end of the month and that one point sparks at least two hours debate throughout the entire documentary. They went everywhere with ideas from a boat trip to Tripoli, back to a little performance on Primrose Hill.

As they riff in Twickenham and later when they move to Apple Studios in Savile Row, we get a birds eye view of the Beatles dynamic. Paul assumes the figurehead role, methodical in his composing, veering over into dictatorial territory at times. An increasingly reclusive George won’t let that go and even leads to him briefly leaving the band for a period of a few days. John is unbelievably quite content, he seems to have calmed down from his brash, anarchic early Beatles days, although snide comments still appear. It’s clear that he is in awe of Paul and is more than willing for him to take the lead. Ringo by contrast to everyone else appears permanently disengaged, remaining distanced in both spirit and proximity to the others behind his drum kit. They give him his due, treating him like a child visiting their parents office by holding his hand through the composition of Octopus’s Garden.

True composing and collaboration is most evident in the Apple Studios part, with the band much more comfortable with the material the more they practice it. You’d think you would grow tired of hearing Get Back being composed, sung and stretched to within an inch of its life, but to be honest that opening riff never gets old. It’s also a great insight into Paul’s developing style, as you can see his flair for 70’s rock opening up, with a lot of Wings pre-cursor songs creeping in.

Even right up until a day or two before, the band are none the wiser to where they will be performing live. Paul is relentlessly trying to come up with the perfect location with the tour managers, while the others smoke and ask if a young chap from one of the shoe shops on Bond Street can run down with all the size 8 black shoes they have.

It’s in the moments where the documentary thrives, that’s what makes it so watchable. You find yourself living for those glances, those off-the-cuff statements; the euphoric moment Yoko’s divorce comes through and John kisses her; the lovely, innocent points at which Paul’s adopted six year old daughter Heather joins in on the performances or even when the Beatles old Hamburg friend Billy Preston drops in to say hello only to find out they need a pianist and ends up immortalised forever on a Beatles album.

There’s even an awkward moment captured where Yoko asks a moany question and Paul tries with all his might to respond calmly but ends up with a snarky response. The cameraman zooms in on a shot that shows an arbitrary anvil sitting in the middle of where they are recording at Apple studios; was that the Beatles’ version of the elephant in the room? Maybe it was a sign of what was to come but for now, the Beatles are getting by. Someone offhandedly mentions the roof of Apple’s building as an open air concert and the rest is history.